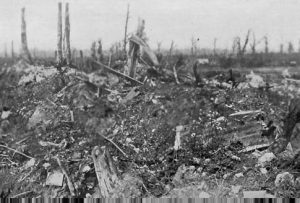 A client I was working with had just discovered that I have a Harvard MBA.

More recently, I’ve taken over a course from a colleague and I’m starting with his slides so that I can focus on delivering the material and not get bogged down in the details of course design. He had an opening slide with his academic credentials and I copied in mine. It’s causing the annoying problems I could have predicted.

I don’t hide my background but I’ve become guarded about what and when I reveal facts about myself. That guardedness causes its own set of problems.

I used to think the explanation was about belonging; about being on the inside or on the outside. I got into Princeton and Harvard because I did well on tests and in classrooms but I came from a different world. Big family, Midwest roots, Catholic boy’s school, technologically adept, socially awkward; not quite Eliza Doolittle but not a bad approximation.

Skip ahead several decades and the rough edges have become reasonably polished.

Belonging isn’t the right way to think about it.

It’s about being between; of sitting within the overlap of a Venn diagram and working to make the shared space bigger. Not just for me but for everyone. Making the between bigger is about building bridges, creating shared language, and committing to learning about the other circles in the diagram.

The primary circles that draw my interest are organizations where humans band together to pursue human goals and technology where tools amplify human capacities. I believe that there is an enormous amount of overlap to be found there. The counter-belief feels more like warring camps in trenches with a shell-pocked no-man’s land in between.

I know from personal experience that the overlap is real. What I intend to explore over the next several weeks is what it might take to traverse the between safely.