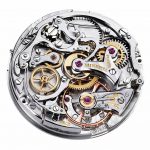 There’s a story of the two watchmakers that Herbert Simon tells in The Sciences of the Artificial to illustrate the relevance of intermediate structure and hierarchy. Here’s the story

There once were two watchmakers, named Hora and Tempus, who made very fine watches. The phones in their workshops rang frequently and new customers were constantly calling them. However, Hora prospered while Tempus became poorer and poorer. In the end, Tempus lost his shop. What was the reason behind this?

Simon uses the story to illustrate why structure and hierarchy emerge in complex systems. Or why good designers build  intermediate structure into their systems.

I’ve been blogging for a long time and writing at multiple lengths–blog posts, teaching cases, articles, books. I use or have used all sorts of tools in the process

The space between glimmer of an idea and finished product is what draws my attention now. Although I’ve been nibbling around the ideas of working papers, most of what I’ve discovered and examined has talked about writing process. Freewriting, shitty first drafts, mindmapping techniques. What’s starting to come into view is the structure side of the question.

For the longest time, I’ve worked and thought in terms of deliverables and working backwards from some vision of an end product. That works well enough for blog posts and most client reports. At the longer scales of a book, on the other hand, working backwards breaks down. You know that the outlines and mindmaps are  necessary but they morph as the process unfolds and as your understanding of the deliverable evolves.

The notion of a permanent and evolving collection of notes and treating those notes as “first class objects” that should be designed to stand on their own is a new to me. When I started blogging the idea of a commonplace book was one idea for an organizing container for developing ideas and lines of thinking. Jerry Weinberg’s Weinberg on Writing: The Fieldstone Method is an approach that I’ve worked to understand and adopt. I’ve certainly recommended it to many colleagues. More recently, Sonke Ahrens’s How to Take Smart Notes: One Simple Technique to Boost Writing,  Learning and Thinking drew me into the subculture of Zettelkasten.

All of these new ideas still focused mostly on process advice. They fell short on offering insight into the structure of the data and information that you created through the processes. They slide past the data half of the equation and I’m only know coming to see how that has been holding me back.

A collection of permanent notes is a handy thing to have around. But, without attention to intervening stable structures we are still fighting the problem of building a 1,000 piece watch in a single step.

There are some hints scattered in what I’ve found so far. The Zettelkasten sub-culture references the notion of special forms of structure notes, for example. In my own work. I’ve started to recognize the emergence of recurring themes and am trying to develop techniques to capture and track them.

I feel I am at the stage of recognizing that there’s a problem to be addressed. I can see the gap between a collection of random notes and the organized flow of a final deliverable. Now I’m looking to design or discover stable structures that can serve as waypoints where I can pause before I have worked out what the final deliverables might be. Is this a problem that others have also encountered? Are there concepts and structures I can learn and adapt?