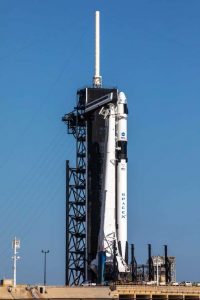 The late Peter Drucker continues to be a source of insight and inspiration for me.  In 1999, he published “Knowledge-Worker Productivity; The Biggest Challenge” in the California Management Review. I’ve written about it before (Knowledge work and productivity). I want to explore the following observation:

I’ve started to think of this question as “Task Zero.”

The invention of zero was one of the great advances in mathematics; perhaps we should respect that power. One of the curious things you learn as a computer programmer is to start counting from zero rather than one. Certain things become easier when you do.

One of the reasons I’m drawn to starting at zero is that it frees up my thinking. If you think of yourself as starting from zero on a map or a coordinate system, you are free to move in any direction. Starting at one immediately commits you to a direction.

That’s tempting because a direction gets you moving. There’s a great observation from Cory Doctorow that reflects this:

Start at the beginning,” he said. “Move one step in the direction of your goal. Remember that you can change direction to maneuver around obstacles. You don’t need a plan, you need a vector.

We like movement; it feels like progress. But they’re not the same thing. Take a closer look at Doctorow’s quote; he’s advocating movement in “the direction of your goal.”

Clarifying the goal is Task Zero. It is the “what problem are we trying to solve” question that grizzled consultants pose to annoy eager young MBAs and impatient clients.

It’s worth giving this task an identity separate from the tasks that follow. It’s like that pregnant moment at the end of a countdown to launch just before movement begins.