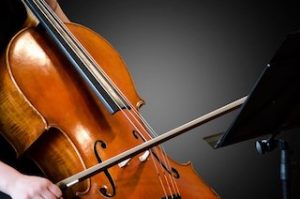 During my senior year in high school, several of my classmates and I decided that we wanted to put on a play. That wasn’t something baked into the flow of the year at that point. Some years, there was a production; some years, not. We made the case to the powers that be and got permission to proceed.

We were an all boy’s school so the first order of business was to partner with one of the nearby girls’s schools. The ecosystem of private Catholic high schools in St.Louis was no different that any other universe of institutions; there were clear pecking orders of who was worthy to associate with whom. At that time, our school was at the top of the natural order of things.

As one of the producers, I successfully pushed the decision in the direction of a school that was seen by many as beneath several other options. I used to joke that this was a clever ruse to gain access to an environment where we would face less competition. Regardless, it was an early example of a decision that called for incorporating a collection of factors beyond simple technical considerations. Not that I recognized that at the time.

The other curious aspect of this production was the play we chose to stage: The Absence of a Cello by Ira Wallach. I had forgotten most of the details of this comedy until I started thinking about this piece. It is yet another example of seeds that grow in unexpected ways.

Wallach’s play is a comedy about a chemist who is seeking to leave his academic life for a corporate job. He and his family conclude that success depends on concealing all of the interests and eccentricities that define them in order to conform to their expectation of what corporate uniformity demands.

It was a cautionary tale that brains and creativity had no place in the business world. That seemed like a perfectly plausible hypothesis to an eighteen year old nerd. But this particular nerd has also never had a good record of accepting conventional wisdom at face value. More a record of running experiments on things–including organizational systems–to discover what did or didn’t work.

Thinking about The Absence of a Cello reminds me of some of my other reading preferences. I’ve mentioned my love of science fiction, for example, As I think of the kinds of stories that draw and hold my interest, I can discern a long history of stories about subverting systems rather than tearing them down.

One interesting side effect of reading without close oversight or supervision is that you encounter all sorts of ideas before you are theoretically mature enough to understand them. One central idea that I encountered without someone to argue that it was naive was that all systems–including organizations, economies, and cultures–grow out of design choices made by someone.

Design choices then spawn a history of subsequent events. While it can be tempting to view the stream of events as inevitable or a product of natural law or divine intervention, there was always a design decision at the outset.

This is a liberating perspective. Knowledge and experience teach you that change can be slow and frustrating. But from the stance of design, any change is also possible. If there was human agency in the original design decisions, then human agency can always make a new design decision and trigger a new stream of events.