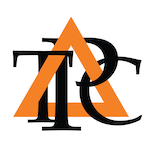 There’s a letter in my files dated May 31, 1974. It’s on the letterhead of the Trustees of the Princeton University Triangle Club and signed by Peter Putnam. Class of 1942, then the Graduate Secretary of the Trustees. In it Peter says.

An axle or a stage manager is not a showy part of a vehicle, but without one, a car won’t go, and without the other, a company does not perform.

I was that stage manager.

That bit of praise from one professional to another sits at the heart of my career. I know I need to revisit it to discern what comes next.

There are two basic questions that interest me.

The first is about searching for the essential parts that make things go. I’ve sometimes talked about this as the messy middle. What are the critical connections between grand goals and effective execution?

The second question has to do with what it takes to make a living operating in those non-showy, essential, places. Particularly in a world that extols and rewards stars.

There’s an old adage that shows up in motivational posters and gets attributed to various sages. One version is “there is no limit to what a man can do who does not care who gains the credit for it.” A laudable sentiment but the reality is that getting things done requires gathering and distributing resources and credit.

What can you do with a stage manager temperament in a world that sees stars?

I don’t quite know what I mean by that yet but I’ve learned to trust the turns of phrase that pop into my head.