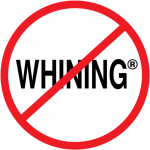 In the early weeks and months of getting Diamond off the ground, we were intentional about the kind of organizational culture we wanted to create. Within the founding group we had decades of cumulative experience, mostly in organizations known for the strength of their culture together with a sprinkling of less pleasant experiences.

In those early days, we spoke of “getting the band back together.” We were based in Chicago after all, so the Blues Brothers reference was a natural.

Of course, what we were trying was more complicated. We weren’t getting _a_ band back together so much as we were trying to create a super group combining and mixing the talents of people who had been stars in their own groups.

Consulting egos are rarely small; possibly never. Everyone had an opinion, often several. Whatever status or authority we might have had in prior organizations was politely acknowledged and promptly ignored. How things were done at McKinsey or Accenture or Booz or wherever was evaluated on the merits not the pedigree.

More often than not, the differences were more cosmetic than substantive. Over time we were cobbling together a creole consulting language of our own.

Sometimes the noise levels got out of hand. After one incident, one of my partners ordered up and distributed “No Whining” buttons to all of us.

It was good for a laugh and a boost in morale. And it did help lower the temperature on some conversations. While I had a fraught relationship with this partner, I had also learned that their instincts routinely beat my analyses. Disrupting a conversational cycle before it degenerated into a shouting match helped.

Unfortunately, “no whining” too often defaulted to no conversation at all. Labeling inquiry or pushback as “whining” was equivalent to “shut up and do it my way” or “if you can’t handle this, we’ll find someone who can.”

These sentiments might be marginally acceptable in some circumstances. If the work is sufficiently routine, problem solving can devolve into selecting a workable answer from a menu of known responses (I was about to suggest that you Google “the bedbug letter” but Snopes.com has a more interesting take—FACT CHECK: The Bedbug Letter.

I don’t live in that world. Neither did Diamond. And, if your work is knowledge work, neither do you. You get the problems that don’t have clear solutions. Which means you have to listen more carefully; to those you work with and to yourself.

You must learn to distinguish between “whining”— a vague complaint that something isn’t fair—and the spark of discomfort signaling learning that needs to happen. Forbidding “whining” makes it harder to recognize the learning signals embedded in discomfort.