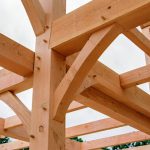 “Specialization is for insects” Robert A. Heinlein

Between can be a difficult location. Cast or crew. Analog or digital. Quant or sales. Worker bee or management. Head or heart.

If you choose to reject the standard either/or logic and opt to stake out territory at a boundary or junction, the most likely result is ridicule and rejection. No matter how continuous reality may be, we insist on carving it up.

When I first moved out of the tech crew and into the stage manager’s shoes, I thought I was taking a small step. What I was doing was choosing to live in a DMZ. I became the referee when the lighting director and the choreographer both wanted the stage at the same time.

There was a time in one especially difficult production when I had had it with both the Producer and the Director. I can’t even remember what the argument was about. I left a note in the office that I was going back to school and they could finish the show without me.

A friend in the cast found me ten hours later in the one place I figured no one would think to look. I was in the third subbasement of the university library. Probably the first time I had set foot there since September and it was now March. I was coaxed into going back to the production, after apologies from the Producer and Director.

This was the earliest incident I can recall working to reconcile conflicting perspectives and demands to pull off a vision. Carpenters wanted to build, electricians wanted to light, dancers wanted to stretch, and actors wanted to run lines. All of it had to come together for the curtain to go up on opening night.

Over time, my interests have migrated to how to balance technology opportunities and organizational limits. But the reluctance of most to look outside the boundaries of their playgrounds remains. My head likes the challenge of figuring out the differing sets of details and their interactions.

Most players pick a side. They choose to belong to one organizational clan or the other. They commit to being management or to being a machine learning expert. Fewer choose to work as simultaneous translators; to learning the language and theories of new technology and of deep strategy.

Our systems are built around slotting people into speciality roles. What often gets lost is that someone has to work at being the glue fitting key elements together.