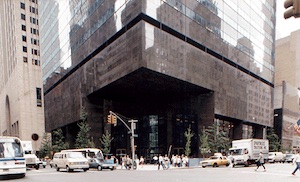 I used a picture of a woodpecker last week and I promised the story that went with it.

Jerry Weinberg was a computer programmer and author who wrote often about the impact of information technology. He was pretty sharp with his observations. One I encountered early in my career building technology was:

If builders built buildings the way programmers wrote programs, then the first woodpecker that came along would destroy civilization.

This was a plea for programmers to get better at their work but it also planted a question about what makes some systems stable and others not. That’s the kind of open-ended question that can get you in trouble and eventually lead you back to graduate school for a deeper dive into all kinds of systems–technological and organizational.

One of my advisors was a deep thinker about systems. He was also a decidedly non-linear thinker and lecturer. My notes from Jim’s seminars were typically a wild profusion of boxes and arrows attempting to discern his train of thought. The aha! moment would sometimes arrive at 3 in the morning, but it did arrive.

As those aha moments accumulated, I developed some facility at making sense out of complex systems, whether they were constructed out of technology, organizations, or some blend. While I was getting better at figuring systems out, explaining what I was doing or seeing was more difficult. People prefer simple stories. If I couldn’t find simplicity in the systems I was exploring, perhaps I could find some in how I thought about my underlying process. I eventually found an answer in the title of a 1981 essay by Wendell Berry, “Solving for Pattern.” It nicely captures the clarity of the goal and the complexity of the journey.